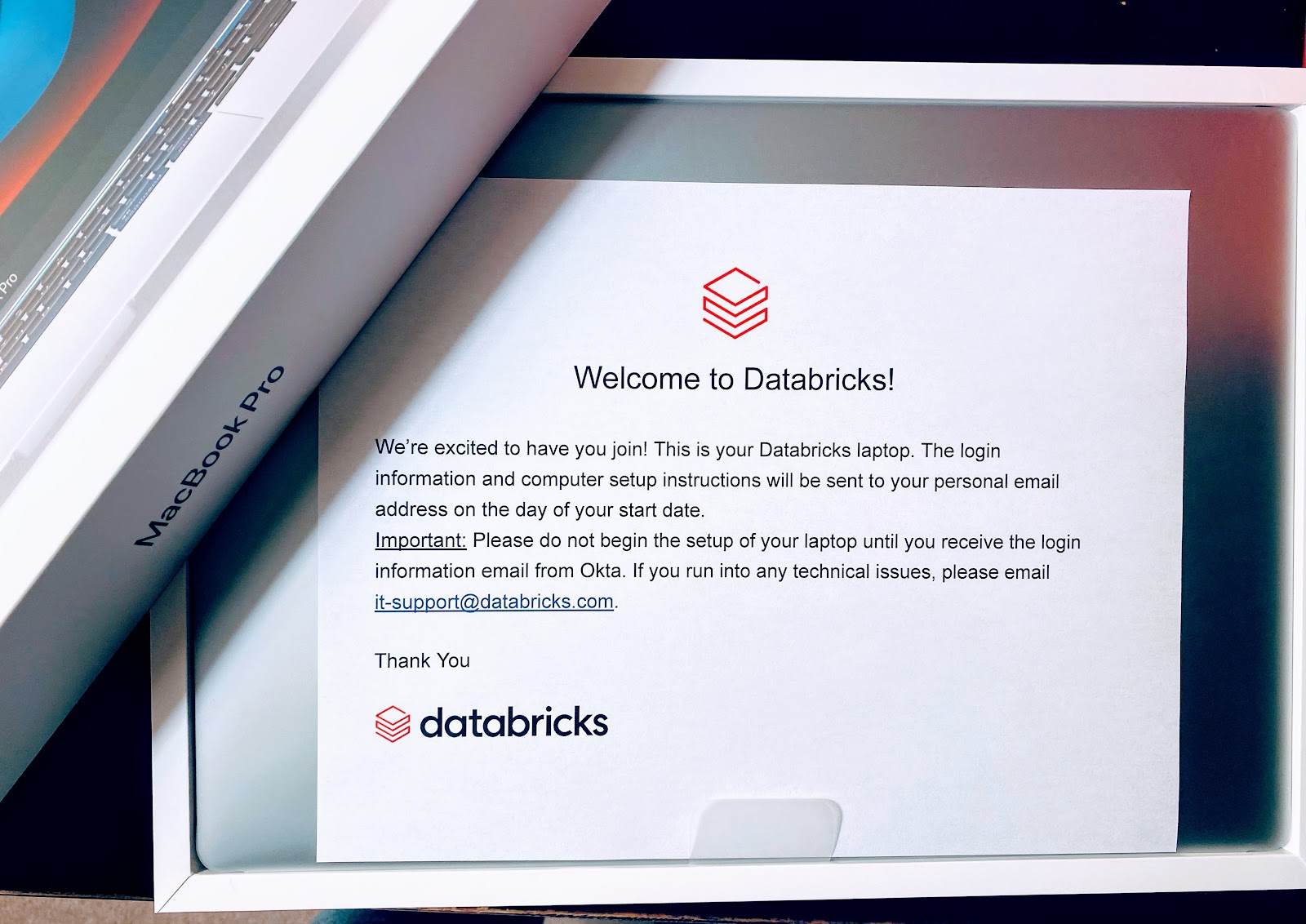 Some personal news — I’m delighted to announce that I’m joining Databricks as VP, Product Management. I wanted to share a few words about why I’m so excited about the company. In a nutshell, I think Databricks has the opportunity to become one the next generation of truly great technology companies. I’m excited to help make that happen. The company’s momentum and opportunity reminds me a lot of Salesforce when I joined in 2007, when it was just 1500 people and under $500M in revenues  (though I think Databricks has an even bigger market opportunity in front of it).

In many ways, joining Databricks feels like a logical culmination of the last decade of my career. Most recently, I’ve spent 3 years at Uber, where I was I led the product team for developer platforms for ML/AI engineers. Previously I spent almost 5 years as founder and CEO of a data and analytics platform startup, BrightFunnel. At both companies, simplifying a complex, data-intensive process was a core product challenge.

Had Databricks existed in current form in 2013, it would have made my life much easier as a founder, as I would have been able to focus less on the data platform and more on building customer-facing features (see previous post). This is because Databricks has built a unified analytics platform that serves the needs of a diverse set of stakeholders in the Data & AI domains. Something like this would be a game-changer for autonomous vehicle companies as well. Once AV companies can invent a developer toolset as robust and integrated as Databricks — to build the ‘factory’ that develops and tests self-driving car software — their path to commercialization will be accelerated. And besides the technical domain, I’m also excited to return to my roots in enterprise technology, having spent over a decade working in security, CRM and e-commerce SaaS tools. There’s no substitute to the thrill of market feedback from demanding B2B customers.

Of course, I’m not just doing this for the love of the game. I also want to win some championships (pardon the metaphor - it’s been just 36 hours since the NFL's championship Sunday!). To build a truly great technology company, one has to have a massive market opportunity. Given how quickly tech markets evolve, this is by nature a prediction about the future, so it is as much art as science. But my judgment is that Databricks has a massive amount of running room ahead of it. The potential TAM is simply massive. And when combined with great management and execution, a large market can result in massive success which can surprise even the earliest employees. I witnessed this to be true both at Salesforce and Uber. When a company’s momentum builds in a massive market, watch out!

But what does “great management and execution” actually mean for a rapidly growing company facing formidable competitors and a dynamic market? My take is that the company has to be founder-led for at least a decade or two. Databricks is very much a founder-led company, so I believe they have an unfair advantage here. I admit this is religion more than data on my part. There are many things I don’t know, but ‘bet on the founder’ is one thing I know in my bones: a successful startup has a much better chance to go on to become an industry behemoth with a founder at the helm. Founders have the ability to make longer-term decisions. Founders have both internal and external credibility that’s hard to replicate. And by definition they are good at setting vision and innovating towards it. This is a huge asset because to build a ‘Great’ company, one really has to re-invent and found multiple companies along the way. So for those wagering on the “professional CEO” horse as either an investment or career strategy — I wish you bon voyage! I’m going to ride with the more nimble one.

While looking to the future is important, it really helps if your current product is getting pulled into the market by customers. It’s about not only having Product-Market Fit, but — pardon the pun  — über PMF, where there’s no doubt the market really needs your service to solve an urgent problem (anyone remember taking yellow cabs in SF? Me neither, because they never showed up!).

This demand ‘pull’ for Databricks and its competitors is accelerated by the massive secular trend of organizations moving from self-managed data centers to public clouds. As enterprises have more data in public clouds, and once they’ve gotten past the basics of storage and compute, they are shifting their focus on unifying the analytics. To put this trend in perspective, Amazon Web Services is still growing at 29% year over year at a scale of $40 billion; Google Cloud grew 45% at a run-rate of almost $13 billion; and Azure is growing at 48% at double digit billions. Powerful tailwinds such as these, harnessed judiciously, can help a company achieve its long-term strategic goals while maintaining a solid near-term financial footing.

Given all of the above, it’s not surprising that great people want to work at Databricks. Still, I was surprised at the talent density that the company has been able to foster. Great talent is a prerequisite to not only achieving positive business outcomes but also creating great culture. And the two reinforce each other. A great culture must be a winning one, first and foremost. Having the right talent ensures you can maintain higher standards, communicate more transparently and maintain a high degree of trust, all towards furthering a common mission.

When it works, it’s magical. I joined Bain & Company straight out of college, having been drawn in by the people — back when there were 2500 consultants worldwide and Mitt Romney still roamed the adjacent hallways — and in my first week I made life-long friends, including the best man at my wedding 14 years later. It’s encouraging that Databricks has built this type of culture while still flying somewhat under the radar the last few years, as it has been heads down keeping up with demand and building new products. Serving the company’s people and culture will be an important priority for me.

So that’s why I’m joining Databricks. Would love to read your comments. And if the above sounds interesting to you, you should join me!